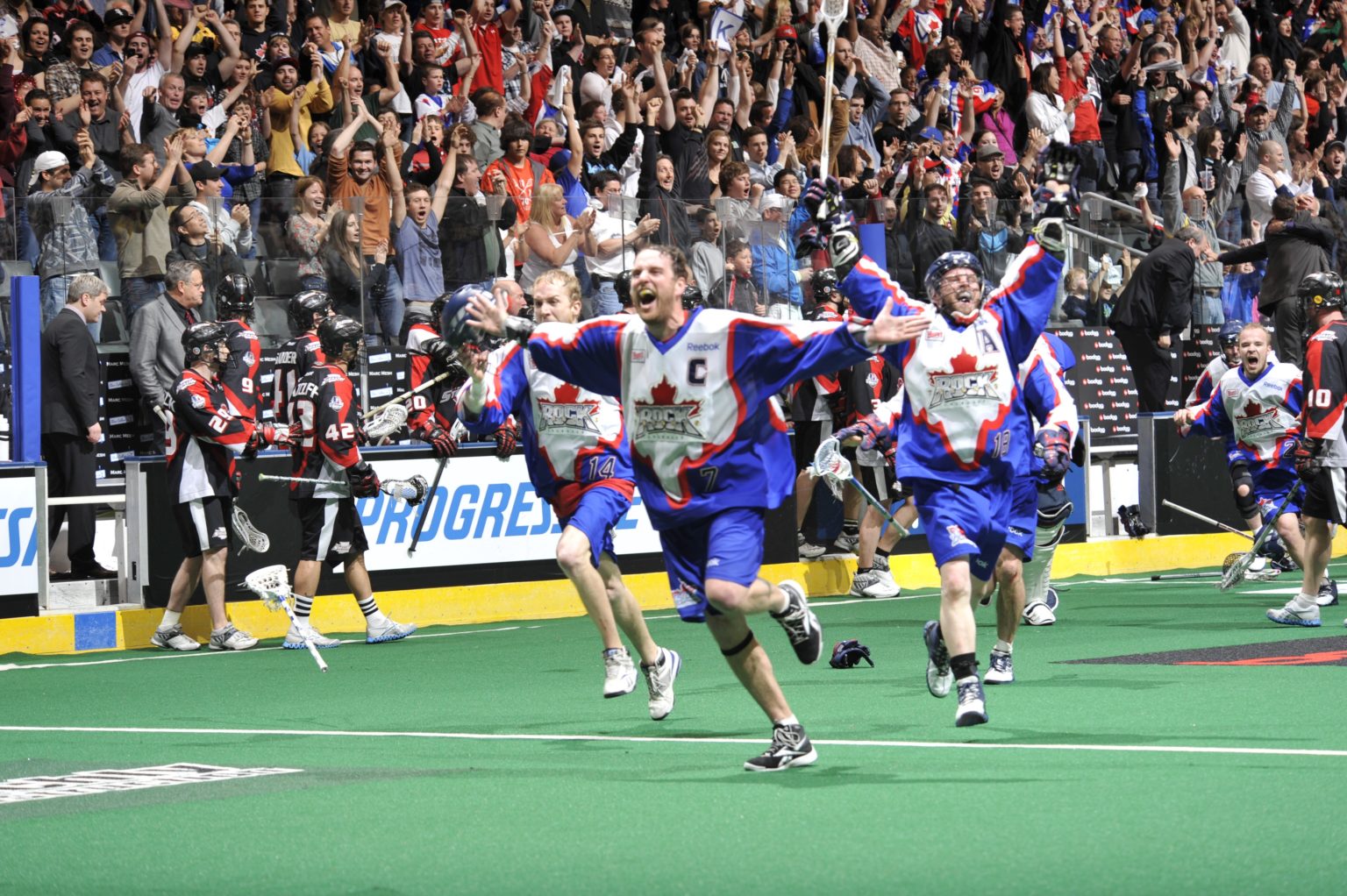 The Toronto Rock were founded in 1999. Playing out of FirstOntario Centre in Hamilton, Ontario, the Rock are owned by Jamie Dawick. The Rock are part of the four-team North Division.

The Rock originally were founded ahead of the 1998 season as the Ontario Raiders, playing at then Copps Coliseum in Hamilton, Ontario. They moved to then-Maple Leaf Gardens after their inaugural season and rebranded as the Toronto Rock for 1999 and beyond.  On May 11, 2021, the Rock announced the relocation of their home games from Toronto’s Scotiabank Arena to Hamilton’s FirstOntario Centre.

The Toronto Rock Athletic Centre (TRAC) officially opened its doors on Saturday, December 19th. The TRAC features two NHL-sized arena floors. One floor is concrete, while the other rink has a turf floor with seating for approximately 750 spectators and is the home of the Toronto Rock Lacrosse Team.

The building also houses the offices of the day-to-day business operations of the Rock. The team also has a permanent locker room with all the amenities in addition to a full service gym The Dynamic Athlete run by Rock strength and conditioning coach Sean Holmes.

The TRAC is also capable of hosting corporate events, meetings and coaching clinics with a great deal of meeting space and other areas of the building that are flexible enough in their layout to accommodate almost any need.

While lacrosse is the main tenant in the building, the facility has been used by a myriad of other user groups including ball hockey, rugby and football. The building hosted the NLL Combine at the end of September as the first official event in the facility.

The National Lacrosse League (NLL) is the largest and most attended men’s professional box lacrosse league in the world. Founded in 1986, the NLL was first introduced as the Eagle Pro Box Lacrosse League and made up of just four teams including the Washington Waves, the Baltimore Thunder, the Philadelphia Wings, and the New Jersey Saints. 34 years later, the League is currently comprised of 14 franchises across the United States and Canada: Buffalo Bandits, Calgary Roughnecks, Colorado Mammoth, Fort Worth (to begin play in 2021-22), Georgia Swarm, Halifax Thunderbirds, New England Black Wolves, New York Riptide, Philadelphia Wings, Rochester Knighthawks, San Diego Seals, Saskatchewan Rush, Toronto Rock, and Vancouver Warriors. For more information, visit NLL.com and find the NLL on Facebook, Instagram and Twitter.

Join Us For An Upcoming Game